Okinawa Kenpo: a complete system of self defense

Okinawa Kenpo, a complete ‘hard and soft’ system of Okinawan Karate, has a curriculum based on classical kata (empty handed forms) and kobudo (weapons-based forms).  In addition, there is a foundation that involves  rigorous body conditioning, a unique blend of nerve strikes,  “knock out” strikes, and an aspect  of bunkai which I call,  translational bunkai.  What  separates Okinawa Kenpo from all other karate is the long standing established use of the Bogu Kumite ‘Gear’ to allow for free form full contact reality-based fighting. 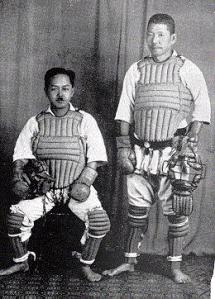 Shigeru Nakamura introduced the world to the Bogu ‘Kumite’ Gear in 1923.  In 1925 he introduced the Bogu equipment to what was known as Siam, (now known as Thailand) and introduced the Bogu Gear to Indonesia and Malaysia in 1927.  Historical records show that he had several prototypes that his uncles were developing around the turn of the century.  Shigeru Nakamura, felt that the system that was later to be called “Karate” was not rigorous enough in its training methods and that new training methods and equipment needed to be developed.  Shortly before he was made the next head of a Ryukyu Ti lineage that traced its roots back to the late 1400s, he pursued this endeavor and thus creating the Ryukyu Islands version of ‘mixed martial arts.’ 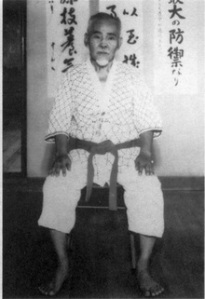 Shigeru Nakamura, and later on his son Taketo Nakamura truly believed there was only one ‘form’ of karate.  Shigeru Nakamura noted to an audience of fellow senior karate instructors in the mid 1950’s, “there is only one karate. What we are witnessing are many expressions from the same body of knowledge.”  While the attempt to unite all karate under one banner was a noble effort, the modern 21st century result had become a fragmented, incomplete, often misunderstood and shattered reflection of what was once a great cultural and martial heritage that spanned over a 1000 years.  The indigenous roots of karate began on the island of Okinawa and the surrounding Ryukyu archipelago.

Island of Okinawa, as a matter of geographic perspective.

Gichin Funakoshi, founder of Shotokan karate, ‘offically’ introduced Okinawan Karate to the mainland of  Japan in 1923.  From this point on,  the rank system, belt system and systematic articulation of “schools” of karate truly began to multiply.  Before the advent of the export of karate to the rest of the world, most karate practitioners were truly grass roots, where one Okinawan village’s style was different from the next.

The beginner student of Okinawan Karate should divide empty hand karate forms into the three major ‘styles’, (Naha-te, Shuri-te and Tomari-te).  This only establishes a reference point as a matter of origin of where particular forms developed.

The advanced Okinawa Kenpo student is able to establish pattern recognition of empty hand and weapons forms. This pattern recognition provides an ability for the person to evaluate striking distance, weight and balance control, key factors in the spatial awareness of multiple attackers and the ever important ‘escape plan.’   When this is mastered, the progression of predictive geometric movement can be developed in all martial art movement forms. Let me repeat this:  All martial art movement forms. 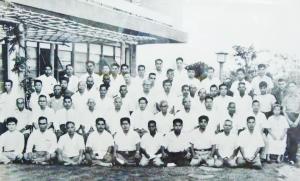 Shigeru Nakamura and then later on my teacher, (Seikichi Odo), Seiyu Oyata and Teryuki Higa helped export Okinawa Kenpo world wide.  In addition, thousands of military men and women took karate and transported it globally.  If it were not for these military men and women we would have not seen this martial art so widespread. 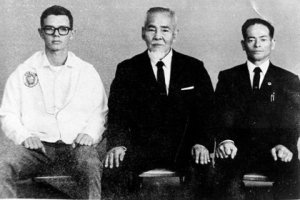 There are many Okinawa Kenpo stylists that have promoted certain aspects of what they learned of Nakamura’s Okinawa Kenpo, for better or for worse. What  these schools promote is a matter of the sensei’s discretion.  In other words, some do kata, some do weapons, some fight. Some add things that do not resemble Okinawa Kenpo in any way shape or form.  Remember:   There is nothing wrong with that. It’s just not Okinawa Kenpo.

Do you know if you practice  a ‘complete system’ of Okinawa Kenpo? If you feel that you do not, I welcome you on the mat at our dojo. For directions to the dojo click here.

I would like to hear from  fans, foes and peers of the martial art world about your idea of a complete Okinawa Kenpo system and what would that look like to you.  Take care for now and keep on training. 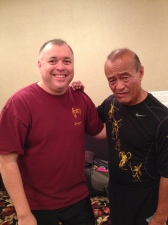