Bushido: The Way of the Warrior

Bushido  roughly translates as “the way of the warrior.”

Bushido 武士道 originates from the code of conduct from the samurai.  It emphasized frugality, loyalty, martial arts mastery and honor. It is a maxim found in all martial arts. My sensei, the late Seikichi Odo was from an Okinawan dynasty of samurai.  This was a rarity within Okinawa as well as within the martial arts community.  The first use of the word  武士 (Bushi) was found in one of Japan’s oldest books, the 古事記 (the Kojiki-“The Record of Ancient Matters”) written in approximately 712 A.D.  What is most important is that the use of 武士 (Bushi) at that time also related to the concept of the ‘educated warrior-poet.’  Some people say that the days of Bushido 武士道 are extinct. 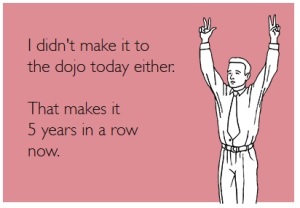 Bushido, the moral code of the samurai, took decades of organic growth.  Our dojo, Okinawa Kenpo of Oregon, keeps 武士道 (Bushido), alive in every dojo practice.

END_OF_DOCUMENT_TOKEN_TO_BE_REPLACED

温故知新 or “On Ko Chi Shin” roughly translates as “study the old, understand the new.”  It is a maxim found in all martial arts. My sensei would say “keep one foot in the past and one foot in the future.”  At the time he was referring to “a true” kobudo application of a defensive maneuver involving multiple assailants with implements of minor and mass destruction.  They say the old ways Okinawan Karate have been erased with time. 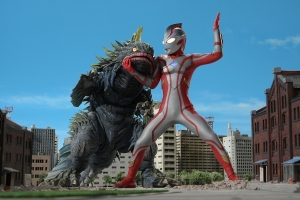 AND NOW FOR SOME EXCITING NEWS…

END_OF_DOCUMENT_TOKEN_TO_BE_REPLACED

We practice a traditional style of Okinawan Karate that traces back it’s roots to the late 1400s.  The framed scroll you see at my acupuncture and medical clinic is the lineage chart that illustrates the genealogy of our karate system.

END_OF_DOCUMENT_TOKEN_TO_BE_REPLACED 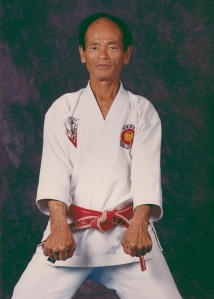 This is  my martial arts blog. It is dedicated to martial arts in particular the art of the Ryukyu islands and its influences. The most influential karate sensei of my life was the late Seikichi Odo. His name roughly translated to “World Walker” and by that standard, he spread Okinawa Kenpo around the world. My goal is to blog my way through this thing called karate and continue his spirit of the World Walker Way.